One hundred years ago a wise and witty economist, JK Galbraith, was born on the shores of Lake Ontario.

There's a good appreciation of Galbraith by a Black Country Bloke.

In the Affluent Society, Galbraith wrote:

People are the common denominator of progress. So... no improvement is possible with unimproved people, and advance is certain when people are liberated and educated. It would be wrong to dismiss the importance of roads, railroads, power plants, mills, and the other familiar furniture of economic development.... But we are coming to realize... that there is a certain sterility in economic monuments that stand alone in a sea of illiteracy. Conquest of illiteracy comes first".

Obama prepping to go into the gladiatorial debating chamber!
Posted by Neil at 10:31 pm No comments:

Party political broadcasts in the UK have always seemed dull.

Here's a chance to see some really dull political broadcasts from the USA. But some of them have a historical resonance.

It's an analysis, of sorts, of why Spiro Agnew for Vice-President appeared as unlikely as Sarah Palin.
Posted by Neil at 9:54 pm No comments:

Brokers with hands on their faces

It does what it says on the tin.
Posted by Neil at 8:49 pm No comments:

Banning Books Is a Bad Thing

This blog holds it to be a self-evident truth that banning books is a bad thing.

If Sarah Palin has her way it could be the hottest thing in town (as hot as Fahrenheit 451). 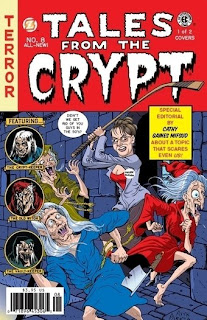 Inevitability and Reasons Not To Be Cheerful

Somethings seem so inevitable that they just cannot not happen. Like Wolverhampton Wanderers getting promoted to the Premier League; like Labour winning the election in 1992; like Obama becoming the next President of the United States of America.

Okay, the first two examples are not particularly good ones. Just suppose McCain wins. That'll take one hell of a lot of explaining. The map of the USA will have to be redrawn: red states, blue states and totally racist states. I could see how, if you're a right-wing diehard Republican, you could vote McCain and Palin. If you're not a rabid Republican pitbull then why would you do that? McCain stands for the same old Republican voodoo-economics. Palin stands for a belief in the victory of old certainties and old prejudices. But some of the media coverage, like that coming from Pox News, has been racist, appealing to the worst characteristics of the worst, unprogressive sector of the electorate. For Obama to lose with poll ratings like this would be a death blow to the poll industry.

I'm just waiting for the fat lady to sing.

[Via PooterGeek]
Posted by Neil at 7:58 pm No comments:

One of Rullsenberg's favourite children's books is The Phantom Tollbooth by Norton Juster (1961).

In the Family supplement to this Saturday's Grundie was a review, by Lucy Mangan, of The Phantom Tollbooth. If you haven't read it, it recounts a tale of a country, the Kingdom of Wisdom, two capital cities Dictionopolis and Digitopolis

The cities are governed by two warring brothers who banished the Princesses of Rhyme and Reason from the land, after they were asked to adjudicate between the merits of words and numbers and refused to accord one more importance than the other. Since then, the kingdom has descended into chaos.

The story seeks to resolve this conflict by a newcomer to the kingdom.

Anyway, the book was ilustrated by Jules Feiffer. 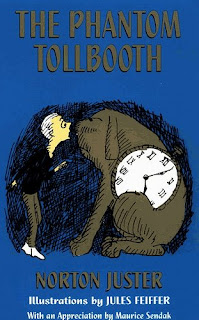 It's not some plan. It's just the sheer connectedness of everything that makes this world interesting, and, like, totally random.
Posted by Neil at 7:27 pm No comments:

Drawing Against National Socialism and Terror

Will draws my attention to a good exhibition of the work of Arthur Szyk at the Deutsches Historisches Museum in Berlin. 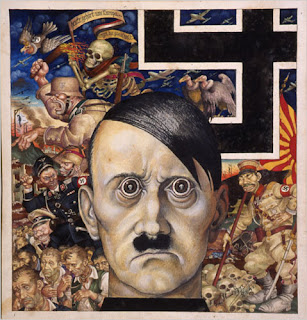 And here's a review of the Szyk exhibition from the New York Times.

And here's the Syzk online exhibition.
Posted by Neil at 2:32 pm No comments:

You can get a money box that looks like an old leather bound copy of Das Kapital. 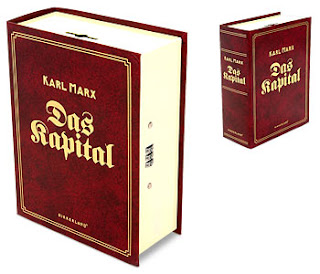 Somewhere for bankers to put their stolen bonuses.
Posted by Neil at 9:57 pm No comments:

A house is a place to live

For years, money was just appearing from nowhere, or so we were told. People bought houses and bragged about how the value kept zooming up, and up, and up. In fact they didn't seem to be houses at all, but magic coin-shitting machines. It was all a dream, a dream in which you bought a box and lived in it, and all the time it generated money like a cow generates farts. Great big stinking clouds of money. And none of it was real. And now it's gone.

All that was never real melts into a big cloud of nothingness.
Posted by Neil at 9:43 pm No comments:

Governments all the world over fly to the rescue of banks. Are bankers grateful? You betcha (to borrow a phrase from Ned Flanders). More money for them to pilfer from the till.

Financial workers at Wall Street's top banks are to receive pay deals worth more than $70bn (£40bn), a substantial proportion of which is expected to be paid in discretionary bonuses, for their work so far this year - despite plunging the global financial system into its worst crisis since the 1929 stock market crash,

Thieving bastards.
Posted by Neil at 9:27 pm No comments:

It turns out that the great bank rescue plan was powered by curry.

Anticipating the long and tense night ahead for him and his team, Darling had taken matters in hand at 8.30pm, personally ringing one of his favourite restaurants, Gandhi's in Kennington, south London, to order £245 worth of rice, karahi lamb, tandoori chicken, vegetable curry and aloo gobi.

From the article it's difficult to work out how many people were there. Eleven named and one unnamed, and probably note takers and support staff. Was £245 enough curry?

Would the government have got a better result if they had ordered some naan?
Posted by Neil at 1:59 pm No comments: