Off for a Break

I'm off to see my folks in New Zealand. We're going via LA.

Packing still to do.

Check this. Check that.

Had a whale of a time.

Tom Russell with a brilliant song against the planned wall across the South West USA to stop Mexican immigrants. If Mexican immigrants to the SW USA were deported, and future migration stopped, the regional economy would collapse. Picking fruit, mowing lawns, building lawns and washing children. Who would do it? The SW USA needs low paid economic migrants. Sure, they are exploited. Sure, they should be paid more. Sure, some should be higher up the economic chain. Calling for an end to immigration to the USA is racist and against the economic interests of the USA. 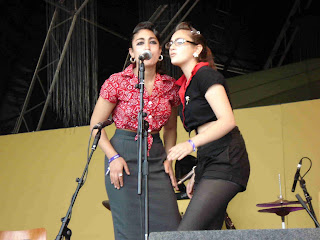 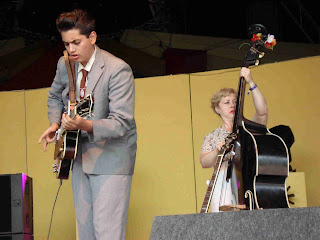 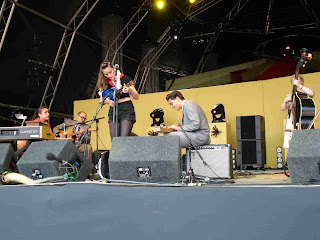 Scoot over to Rullsenberg for some cracking reviews: Friday, Saturday, Sunday.

In Cultural Amnesia Clive James has an essay on Leon Trotsky.

A respected cultural citic has vouched an opinion that "James' essay on Trotsky is fucking shit".

James, as the liberal he sees himself as, sees any attempt at "an egalitarian project" as inevitably leading to the deaths of innocent people. He sees this by taking some examples, notably Stalin's USSR and forced collectivisation of agriculture, and constructing an ,incorrect, universal truth.

James sees Trotsky as a hero to "aesthetically minded progressives" who wished for "a vegetarian version of communism", "a more human version of the historic force that sacrificed innocent people to egalitarian principle".

According to James,Trotsky was idealised because he wrote, orated, loved women and threatened Soviet power so much that the sent assassins out to Mexico to kill him. If you change Soviet to US and Mexico to Afghanistan you can then change Trotsky to Osama Bin Laden argues James. So does that make George W Bush Stalin?

Like a bucket full of bullet holes James's argument holds no water.

"The only thing true about Trotsky's legend as some kind of lyrical humanist was that he was indeed unrealistic enough to think that the secretarial duties could safely be left to Stalin. His intolerance of being bored undid him." And "Trotsky wasn't interested in the hard grind of running the show: Leave that to Stalin. But, an important but, Trotsky yielded no points to Stalin in the matter of dealing with anybody who dared to contradict him." Was this the same Trotsky who is described in Lenin's last will for his "too far-reaching self-confidence and a disposition to be too much attracted by the purely administrative side of affairs"? (Isaac Deutscher,The Prophet Armed, Trotsky 1879 - 1921, Oxford, 1970, p516).
I think that gives Lenin one up on James.

Sure Trotsky was, at times, an unyielding, stubborn, murdering bastard. Witness Kronstadt. The massacre at Kronstadt was inexcusable and wrong. As Emma Goldman stands for many on the left when she quotes, and then criticises Lenin Lenin at the Tenth Congress of the CCP, in My Disillusionment with Russia, ch 27, "The sailors did not want the counter revolutionists but they did not want us either". Goldman goes on to argue that what made the suppression of the rebellion worse was that at the Tenth Congress "Lenin advocated free trade - a more reactionary step than any charged to the Kronstadt sailors".

This shows that Trotsky did not get a free ride from the non-Stalinist Left, well at least from anarchists.

James's liberalism leads him to believe, wrongly, that communism, or egalitarian projects inevitably lead to mass deaths. He then loses against Lenin in a description of Trotsky's character. Then he ignores totally the remaining existence of totalitarian states. Finally he posits Trotsky's appeal on the fact that young people want to be him. Where is the evidence? A sudden crop of goatee beards?
Posted by Neil at 10:37 pm No comments:

Socialist Unity have a discussion about Progressive Patriotism centred on this wonderful clip that always always sends a tingle down my spine and a tear to the eye.

As the comments at Socialist Unity say

It is also worth saying perhaps that this scene just wouldn’t work with “God Save the Queen”!, but it would with Mae Hen Wlad Fy Nhadau, Flower of Scotland, or Jerusalem.

This weekend I discovered that Denis Healey has small feet, UK size 6, European size 38.5, US size 6.5 (from ShoeSize.org) and he still dislikes Dr Death.

In an interview with John Harris

H[ealey's] most incisive character-sketch comes when we discuss the very different mischief wrought by the SDP, and the anticlimactic career of that short-lived political poster-boy David Owen. "When he was born," says Healey, "all the good fairies gave him every virtue: 'You'll be beautiful, you'll be intelligent, you'll have charm and charisma.' And the bad fairy came along and tapped him on the shoulder and said, 'But you'll be a shit.' That was his trouble."

Has anyone who has met Owen ever thought differently?

In the mid-1980s John Tomlinson was chosen as the rapporteur of the European Parliament to negotiate with Sweden over their future membership of the EU.

Tragically in 1986 the leader of the Swedish Social Democrats, Olaf Palme, was assassinated. As European Parliament rapporteur Tomlinson was invited to the state funeral. As a speaker of Swedish Tomlinson was popular with the Swedish Social Democratic Party and he was given a prominent seat for the ceremony. The official representative of the British state, David Owen, was given a seat several rows behind Tomlinson.

Owen and Tomlinson had a history as they had both served under Anthony Crosland in the Foreign Office in 1976, Owen being a junior minister and Tomlinson being a Parliamentary Under Secretary of State. Being made to sit behind Tomlinson, in a less prominent position, made Owen ask Tomlinson "What the fuck are you doing here in front of me?"

Such is the manner of Dr Death.
Posted by Neil at 7:21 pm No comments:

BT'Selem have just issued a call for the opening of the Rafah Border Crossing.

Israeli, Palestinian and European human rights organizations today issued a joint declaration calling on Israel , the Palestinian Authority, the European Union, and Egypt , to immediately open Gaza 's borders to passenger traffic, irrespective of their political agenda concerning Hamas. The organizations jointly stated that residents of the Strip must not be used as pawns in the struggle for control in Gaza . The continuous closure of the border crossing for more than six weeks is causing severe harm to hundreds of thousands of Gaza residents who cannot leave the Strip or return to it, impairing their ability to earn a living, receive medical treatment, or pursue education abroad. Various reports indicate that more than 20 people have already died while waiting to return to Gaza from Egypt .

A Gaza resident, aged 25, who is stuck on the Egyptian side of Rafah with his wife and infant son, told Gisha's researcher: “Our situation is a nightmare, it's hell. We came for 15 days to get treatment for the baby, and now we have been here for 65 days. My money has run out. There are many sick people here who traveled to Egypt for medical treatment and got stuck here… I have another son in Gaza and we cannot go back to him.” Another man, who is waiting at the El-Arish airport, said: “More than ninety people are stuck here… There are seriously ill people among us who went to Egypt for treatment and are now trapped here.”

The call by the organizations was directed at the four parties involved in operating the Rafah border crossing. According to the call, Israel 's duty to act to open the border between Gaza and Egypt is based on its responsibility to ensure the well-being of Palestinian residents of the Strip, due to Israel 's position as an occupying force, employing effective control over Gaza . There is importance to finding emergency solutions to reduce the suffering of those stranded in Egypt , said the organisations. However, those cannot replace the Rafah crossing, and there must be a solution to its operational difficulties.

The organizations called on Palestinian Authority President Mahmoud Abbas to care for the welfare of Gaza residents and to demand that Israel open Rafah crossing. The groups also said that it is incumbent upon the Hamas leadership in the Strip – which controls the security forces in Gaza – to allow for the safe opening of the crossing from the Gaza side, as part of its duty to safeguard the welfare and rights of Gaza 's residents.

The coalition of organizations called on Egypt to play its part by opening the border crossing from its side, and to attend to the needs of the thousands of Gaza residents waiting, some in intolerable conditions, on the Egyptian side. The organizations also called upon the European Union to issue an unequivocal statement that the Rafah border crossing must be opened immediately, and to demand that the parties permit the European observers to return to the crossing, since their presence is essential for its operation.